Spain is a country with a rich historical past. The long captivity of the Arab people, which gave the Spaniards a lot of wealth, a majestic empire and a beautiful golden age, on the one hand, and as a contrast to the consequences and suffering of wartime, the political system of Franco, poverty. Of course, all this has left its mark on history and today the Spaniards feel echoes of their great past on themselves. 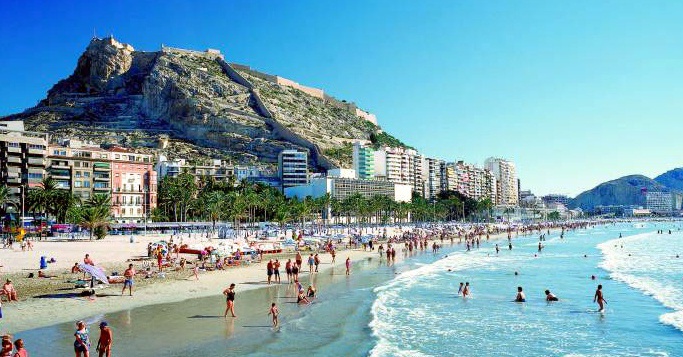 Iberians, Phoenicians and Greeks built ports here, founded trading cities and important naval bases, which later crossed to Rome. Then the region belonged to Byzantium, and the Visigoths, and after the 8th century was part of the prosperous region of El Andalucia. Denia Taifa (the small Arab kingdom), on which the Balearic Islands and Sardinia depended for some time, defended several members of the Umayyad dynasty, after the fall of the Cordoban Caliphate, and survived a period of significant cultural prosperity.

The 13th century marked the beginning of the Christian period, which began with the battles between the royal authorities of Aragon and Castile, for establishing a border between them, and at the same time laid the foundation for the coexistence of the respective languages ​​- Castilian and Catalan. The Muslim defeat was forever reflected in the tradition of the wonderful festival "Moors and Christians", which can be witnessed in several cities of the region.

The modern era began under the sign of conflict. Social disasters and the threat from pirates greatly changed these troubled coasts. After a whole century - the 16th century, was filled with turbulent events, Felipe III expelled by decree the Moriskovs (assimilated Muslims) who, according to widespread, controversial opinion, were suspected of collaborating with the Berbers, who periodically attacked the coast. The result of such a decisive measure was rather sad. The Moriski, who believed that they had the same rights to live here as the descendants of the old Christians, organized several uprisings. In addition, as soon as the exile took place, the country was left without experienced farmers who were able to produce the maximum from these lands.
The whole 17th century would have to pass, with a still existing threat from the pirates before the gardens and fields regained their former splendor.

For the 18th and 19th Centuries, the Costa Blanca enjoyed a relatively peaceful existence. With the exception of Alicante and Denia, which became prosperous port cities, the coast was a succession of small fishing villages supported by an agricultural neighborhood, away from the raging wars.

The modern development of civilization, of course, has made changes in the centuries-old way. Fortunately, not too dramatic. Booming tourism has changed the landscape with sports harbors, hotel infrastructure and the entertainment industry, especially in Benidorm, which has always wanted to become a symbol of the Costa Blanca. But as soon as you move slightly away from the coast, untouched landscapes open up with views of agricultural towns, old fortresses and the mountain horizon, which continue to offer their rough, blue and untouched profile to the visitor.