The Kingdom of Spain is located on the Pirinei Peninsula and is part of southwestern Europe. The country is almost completely surrounded by the Mediterranean Sea and is a popular resort. Spain also owns the Canary, Balearic and other small islands, as well as some cities in North Africa.

1.Today, Spain consists of 17 autonomous regions, but this has not always been the case. Two medieval rulers succeeded in uniting the disparate territories - Isabella of Castile and Ferdinand of Aragon. Their marriage laid the foundation for modern Spain, and before that, the country was separate states with different languages.

2.The language, which is known throughout the world as Spanish, is considered Castilian in Spain itself. In addition, Galician, Aran, Bak and Catalan languages have semi-official status here. There are also informal and regional languages.

3.The Spaniards have a completely different day regimen than other Europeans. They usually dine from one in the afternoon until three (approximately), and dine at ten in the evening. They have afternoon breaks, or siesta, which involves rest from 13 to 17 hours. While the rest of Europeans are working, the Spaniards have a quiet hour, as this time is the hottest.

4.Spain has greatly influenced contemporary art since the 1800s. She gave the world such masters as Pablo Picasso, Salvador Dali, Joan Miró and Anthony Gaudi. They became the founders of such areas in art as surrealism, expressionism, cubism, modernism.

5.Spanish anthem, at all events and competitions only the musical version is used, since the text is not popular. This is due to the fact that Spain is divided into autonomies, which could not agree with each other. So the oldest anthem in the world remains without words!

6.In Spain, there are 45 objects that are on the UNESCO World Heritage List. Among them are the works of Antonio Gaudi, cave paintings, palm forest in Elche, the Tower of Hercules and much more.

7.The Spaniards have a special relationship with marriage, the percentage of divorces is only 17. Moreover, only 5% of children are born and raised in single-parent families.

8.In Madrid, you can visit the restaurant Sobrino de Botin, which is the oldest in the world. He got into the Guinness Book of Records as the oldest restaurant in the world, although to this day other places are trying to challenge this title. It was founded in 1775 and became the center of origin of Madrid cuisine. 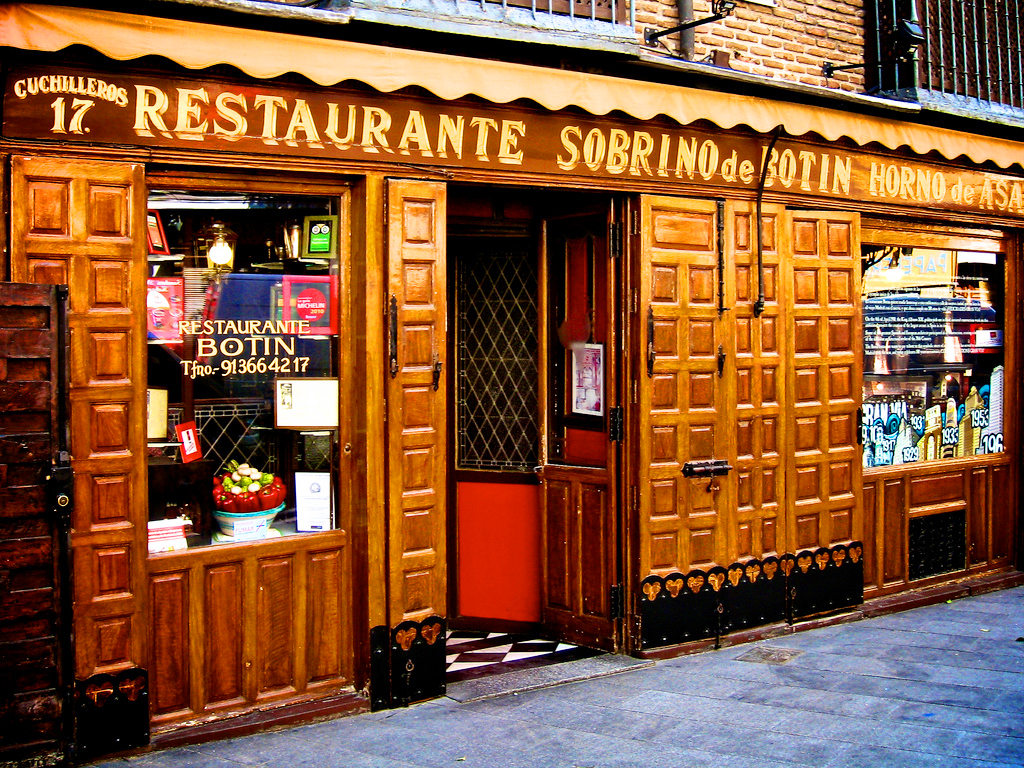 9. In Spain, a lot of festivals are held, for example, the Romeria de Nuestra Senora de le Cabeza festival has been held for 800 years. La Tomatina is also popular, where everyone throws tomatoes, the San Fermin bull festival and many other entertainments.